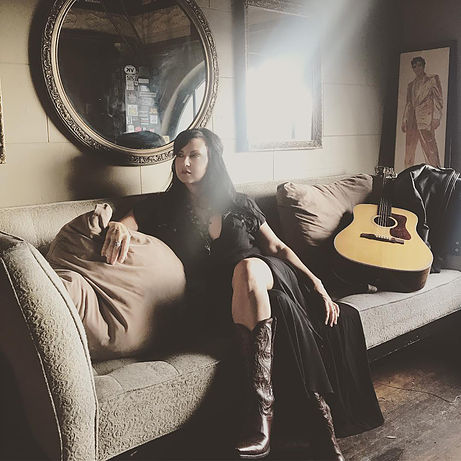 Singer/songwriter with 2 solo Albums
Now Playing with The HawtThorns


Artist Website
TheHawtThorns.com
Orange County (L.A.) Music Award Winner - "Best Female Vocalist"
"This record is killer" - KDNK, Aspen
"I absolutely love Lucky Girl. You'll have to wrestle this CD out of my hands" - Heidi, Host 97.1 Free FM, Los Angeles
"If you listen to radio, watch TV or the movies,  you've probably heard Proffit's songs" - Billboard
"Something special is going on here. My Devotion is one of the '10 Best Albums of the Year'" - Music & More 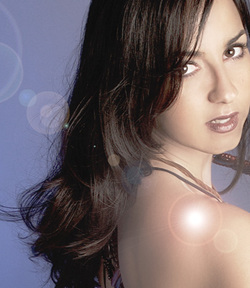 Brash yet sweet, powered by love, passion, pain, and loss, Kirsten Profit’s songs connect with listeners on a level far deeper than most of today’s singer-songwriters.

If you’re new to Kirsten’s music, well, her unique, radio-ready sound immediately conjures up elements of the best female performers. Think the contemporary melodicism of Sheryl Crow meets the thoughtful & poetic lyrics of Joni Mitchell --along with the confident strength of Chrissy Hynde -- and you’ll be somewhere in the neighborhood. It’s a sound that seems instantly familiar, yet never derivative.

While Kirsten’s musical journey began some twenty odd years ago, influenced by her parents’ record collection and the collection of instruments that always seemed to be lying around the house, her rapid public ascent began only recently.

After a quick time-out to sing the National Anthem at Dodger Stadium, Kirsten attracted the attention of producer Bruce Witkin (Vanessa Paradis, Johnny Depp), and together, he and Kirsten crafted Lucky Girl, an album that delves into the often turbulent world of relationships.

Loaded with fresh, unforgettable hooks, clever lyrical twists and choruses that stick like glue, listeners inside the industry and out have picked up on Kirsten’s remarkable debut. Across the country, the singles "Something I Can't Be" and “Redemption Day” gained generous radio airplay.

But radio program directors and her fans aren’t the only ones who’ve caught on to Kirsten’s powerful hook-filled music. Throughout the entertainment industry, top execs have picked up on Kirsten’s sound, prominently featuring her music in hit television shows like “Friday Night Lights,” “Dawson’s Creek,” “Smallville” and “The Osbourne’s.” Her songs have also graced the hit DVD soundtracks of “Felicity” and “Party of Five.”  And when legendary Saturday Night Live comedian and director Martin Short needed just the right music for his feature film Jiminy Glick in Lalawood, Short found Kirsten’s music perfect. He ended up featuring not one, but three of her songs on the soundtrack, making one the theme song to the movie.

Excelling in intimate acoustic performances, Kirsten delivers a powerful “unplugged” set. It’s a talent she’s put to good use, performing “without a net” on nationally syndicated FM radio shows like “The Dick and Skibba Show” and the “Frosty, Heidi & Frank” show. On the latter, she was a consistent listener favorite in the American Idol-style “Should I Stay or Should I Go” contest. Week after week, Kirsten’s Lucky Girl songs beat out the competition. In the end, Kirsten came out on top, winning first place and delivering an unforgettable performance at Los Angeles’ top-rated 97.1 KLSK’s Birthday Bash Concert.

Catch Kirsten with her band, though, and you’re in for a great show. Which explains why the legendary Fender Guitar Company quickly signed her to an endorsement deal. Yes, this girl can rock.

Why the buzz, given today’s crowded field of female singer/songwriters?

Her songs ache but aren't depressing. They're emotional without melodrama. In both her lyrics and her performance, she conveys a hurting honesty with a sense of hope.  Above all, she just has a knack for writing great melodies and memorable choruses. With her captivating and attractive stage presence, she engages an audience with hooks they can sing and feelings that they've experienced. It’s why Kirsten is routinely invited to share the stage with such high-profile artists like Duncan Sheik, Paula Cole, and the Steve Miller Band.

"I want to make people feel something when they hear my songs. A song is a great opportunity to say something--good, bad or otherwise--and really make a point," she said. "I just want to make my point in the coolest, most musical way possible."