​"few promotional strategies can impact the bottom line as much as - and as quickly as -
​forming an alliance with a celebrity"
-  Anita Elberse, Lincoln Filene Professor, Harvard Business School

We are the liaison, the translator,
​that can introduce and guide these two decidedly different cultures along together.
​ 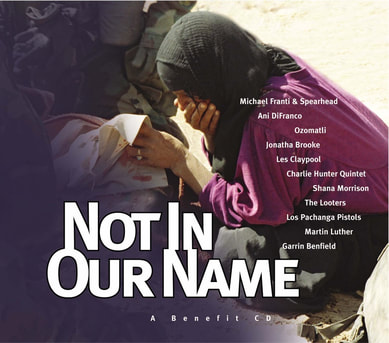 •  NOT IN OUR NAME - BENEFIT MUSIC COLLABORATION, CONCERTS & EVENTS  (NONPROFIT)
​

- Not in Our Name, a 501(c) 3 nonprofit organization was developed in-part as an activist counterpoint response to continuous U.S.-led military invasions in the Middle East.  They wanted an immediate presence in the music community for awareness and participation, as well as to generate fundraising activities and increase worldwide credibility.  Broken Arrow devised and produced an all-star music collaboration benefiting the organization - curating, soliciting,  and licensing pertinent, powerful content from artists such as  MICHAEL FRANTI, ANI DIFRANCO, OZOMATLI, CHARLIE HUNTER, LES CLAYPOOL, OMAR SOSA and JONATHA BROOKE.  Artwork and product packaging produced by Broken Arrow included provocative photography by two-time National Magazine Award winner Evan Wright (Rolling Stone) and Alexandra Boulat (National Geographic), both embedded photo journalists during the Iraq invasion.   Concerts and events promoting the nonprofit featuring these artists were coordinated and produced by BA.

-A special collaboration between BROKEN ARROW singer/songwriter SHIRLEY GRIMES and cellist and conductor
CLIODHNA NI AODAIN, two Irish artists currently residing in Switzerland, the One River Voices project offered a magical response to the recent political developments around the globe, bringing people from around the world to join together to participate in the singing and recording of the song “One River”.

The purpose of the recording was to celebrate our ethnic and religious diversity, and to send a message of unity, respect, tolerance and love to a world where walls and discrimination are causing separation, fear and helplessness.

The positive message is a remake of the song “River” off of Grimes’ album Lovesongs, and features over 350 guest vocalists representing 40 different countries.  Brought together from an open-to-all invitation from Grimes, the participants joined together for one day in Bern, Switzerland, where they met and socialized, learned and rehearsed the song, and then participated in the recording session, all as the newly christened One River Voices. Grimes, her band, a string quartet, and the public choir were directed by Ní Aodáin, and the day brought untold joy, laughter and a few tears among the new friends.  A video of the day  was shot and was first publicly screened in Schloss Koniz in Bern.  As well a music video for the song was released.

Further encouraging connection through the joy of music, the score, multi-tracks and other tools were made available online so that people around the world could record their own version of the song and share.
​
One River – Millions of Voices 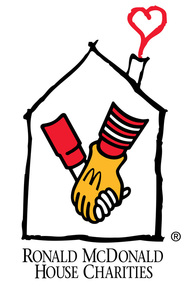 -   Every year, RMH helps over 7 million families stay together during the time of a child's  hospitalization.  In a very challenging time for families, RMH also provides  help with the expense of staying together in another city, or even getting basic medical and dental care in a vulnerable community. These programs can be found in more than 290 local Chapters in 58 countries and regions.  To help bring attention to a new audience,  award winning singer-songwriter KIRSTEN PROFFIT  became an artist advocate of RMHC and is promoting the cause via creative musical avenues and to a new, young crowd.  In addition she is donating the music of her rock-pop album Lucky Girl to certain chapters, giving the kids and families some much needed upbeat music  for their stays.

•  REGGAE FOR A CAUSE:  BLUE ENERGY TO THE WORLD'S MOST ISOLATED POOR

-   blueEnergy is a 501(c)3 organization that is transforming lives community by community.  bE seeks out isolated, undeveloped communities, teaches local residents how to build and maintain simple renewable energy and clean water systems, giving them electricity and clean water for the very first time.  bE also creates rewarding, hands-on internships in the field assisting with all community efforts.

blueEnergy looked to expand its reach among donors, volunteers, and interns. For that purpose, Broken Arrow developed celebrity/artist marketing assets for bE for fundraising events, promotional videos, concerts, fan base outreach and cross-promotional marketing efforts, which benefitted both the nonprofit and the artists.  Co-produced events with musical artists to gain much-needed exposure.


- National musical instrument chain Guitar Center was looking to get new customers into their stores, and more from a non-musician background.  Rock singer/songwriter and Columbia recording artist Pete Yorn was releasing a new record and was looking for non-traditional ways to attract new fans to his music.  Broken Arrow devised a business development collaboration between the two, including a chain-wide in-store and online contest and new album promotion that brought Yorn fans of all ages into the stores and promoted his album in a new environment. 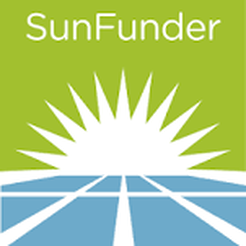 ​
- Only 2% of rural Tanzanians have access to electricity, which forces the overwhelming majority of the country's poor to spend $715M per year on hazardous kerosene for lighting. Besides the limiting burden of not having electricity at all, this further results in  economic burden, health problems and pollution on a massive scale.  Plus, "few actions could reduce carbon emissions as cheaply and easily as the phase-out of fuel-based lighting, making it one of the most effective and economically advantageous ways to combat climate change."  Responding to the call, SunFunder is crowdsourcing the funding of 450 solar lights for teachers in the Arusha, Manyara and Morogoro regions of Tanzania.

​BROKEN ARROW:  Joining the partnership of SunFunder, Global Cycle Solutions and others to promote and fund this vital social enterprise


- Canadian startup Regen Energy was looking for west coast business leads & opportunities for their company and smart grid product launch in the U.S.  The first holders of distributed intelligence patents in the energy management field, Regen transformed building energy management systems with their wireless demand response controllers.  What they needed were well-positioned, forward thinking businesses that would trailblaze this new technology from the clean tech sector.  Regen mined BA's existing network base with music venues and beyond in a creative alliance that helped them jump start their U.S. launch.